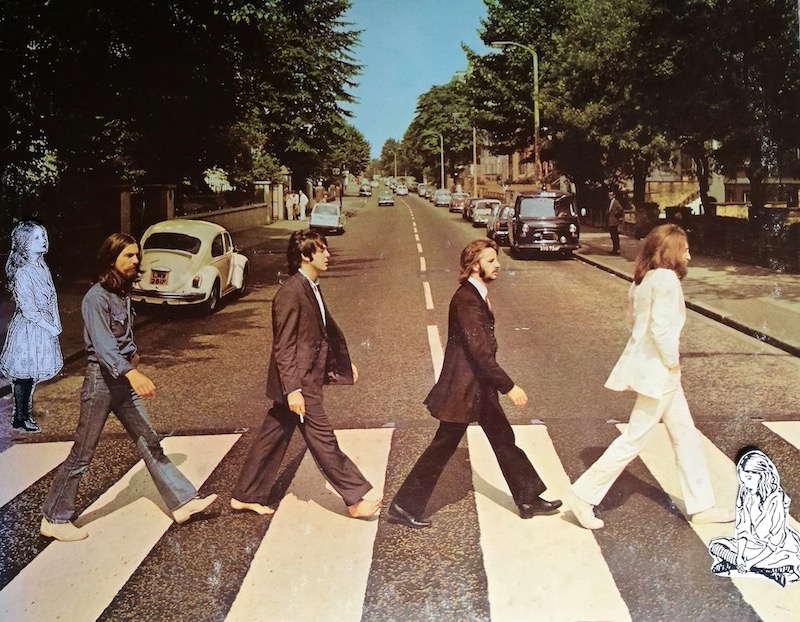 Richard Curtis and Danny Boyle’s film Yesterday gave me a sense of déjà vu. Because I can remember living in a world where The Beatles didn’t exist. A world where it felt like I was one of the few people who knew and cared about The Beatles.

I was a musical kid, a geeky student of music. Music mattered a lot to me as a teenager. It was the most important thing in my life. It kept me sane.

My head was full of Beethoven, Mozart, J.S. Bach and Schubert. There wasn’t any current music in the New Zealand high school music syllabus in those days. The token 20th century items were Duke Ellington’s “Take the A Train”, and Krzysztof Penderecki’s Threnody to the Victims of Hiroshima, which I found unlistenable.

Even though I had my head in the classics, there was plenty of pop music around me: Cat Stevens, Elton John, Rod Stewart, Pink Floyd, Neil Young, Led Zeppelin, Elvis Costello, David Bowie, Queen and The Bee Gees were all on high rotate at various friends’ houses. The Rolling Stones were still chugging along. And The Who had released the film of Tommy.

I also knew about some New Zealand bands, including Th’ Dudes, Split Enz, Hello Sailor and Dragon, some of whom were rumoured to be alumni of my high school, Lynfield College.

And Bruce Springsteen was the future of rock and roll, according to an article I read in Time magazine. But I’d never heard any of his songs.

Nobody ever mentioned The Beatles.

When I was 16 my mother got her first paid job, working for the New Zealand Historic Places Trust. (You can read more about my mum here). The first thing she bought was a new record player for our family.

My brothers, David, Kenneth and I started digging through our parents’ piles of old vinyl records. Amidst mum’s bluegrass ballads and Simon and Garfunkel albums, and dad’s collections of Scottish and Irish drinking songs as sung by Ewen McColl and the Dubliners, there were a couple of Beatles albums.

I recognized Sergeant Pepper, with its folders of cut out badges and moustaches. My parents used to play that one at their noisy drunken parties.

There was also an album called Abbey Road.

The cover was a photo of four hairy guys walking on a zebra crossing.

One day I put it on the record player and set the needle on the groove.

And a new world opened up to me.

I was a teenage musical snob. I hated “pops” – orchestral versions of pop songs. And I also hated rocked up versions of classical music, e.g. Switched on Bach. And ELO seemed very MOR to me. Even before MOR was a thing.

But Abbey Road was something else. Rock songs, pop songs and orchestral arrangements, all knitted together into a glorious whole.

It wasn’t just serious. It was playful and joyful and epic and heavy and banal and everything in between, and then back to playful again. It was symphonic but not soft-pedalled.

None of my friends knew about this record. They just weren’t interested. This wasn’t a band in the Top 20.

I had discovered an amazing treasure that nobody else seemed to know about, except for my brothers and me.

I had previously encountered The Beatles. In 1966, during a year in England, I’d watched Rolf Harris bobbing up and down in a cutout yellow submarine on BBC TV. Eww! As a five-year-old I pigeonholed The Beatles as a novelty act.

When the Yellow Submarine film came out in 1968, we were living in Papua New Guinea. (We got around a lot in my childhood. Here’s a post about my dad, which explains some of it.)

My parents took me and my brothers (aged seven, six and three) to see Yellow Submarine at the Port Moresby drive in movie theatre. They must have thought it was important.

I was underwhelmed. Yellow Submarine was too weird; I couldn’t understand what was going on.

My brothers and I went to sleep in the back of our dad’s Peugeot station wagon half-way through. During the evening one of us peed in the back of the car. It was the only film we ever went to see as a family.

After Yellow Submarine The Beatles disappeared from my life, until the new stereo arrived in our house.

I have friends 10 years or so older than me who spent their teenage years joyfully immersed in The Beatles. They went to Beatles concerts, danced to their records, had a favourite Beatle that they were in love with. If I’d had older siblings I probably would have experienced The Beatles.

But in the 1970s I never found anybody else my age who knew The Beatles existed, apart from my brothers. It was a secret. Like Jack in Yesterday.

Jack eventually finds two other people who remember The Beatles.

I now know that there were others in my world, too. On the far side of the globe, in Dunblane, Scotland, Matthew Bannister was digging through his parents’ record collection and discovering the Beatles at about the same time my brothers and I were.

I think The Beatles had quite simply been so huge, so universal, for a few shiny years in the 1960s, that they were taken for granted in the 1970s. Nobody thought they were worth mentioning to a generation that didn’t experience them.

They just didn’t seem to exist.

In the 1970s there were no classic rock radio stations and no internet. I couldn’t google to find who these amazing musicians were and where they came from.

In Yesterday, Ed Sheeran is awed by what he thinks is Jack’s ability to write Beatles songs. He quips: “You’re Mozart and I’m Salieri.”

In the 1970s there was no general sense that The Beatles had produced music that was of lasting significance to world culture.

I remember a few newspaper items about John Lennon’s legal problems with US immigration. Then he disappeared from view.

Paul McCartney continued his enormously creative streak throughout the 70s with Wings. But he wasn’t seen as having any particular musical credibility – he was a bit of a joke. Even my father liked “Mull of Kintyre”, which was enough for me, as an ungrateful 16-year-old, to dismiss it as “dad rock”.

At the end of 1978 we spent Christmas with my mother’s family in Southern California. My brothers and I discovered more Beatles albums in a music shop in Pasadena.

Much later we realised that our precious records were US pressings, which were missing some essential tracks. The Beatles’ US record company used to pick off a couple of songs from each album for other releases. Cultural vandalism!

In Pasadena my brother David also acquired a copy of Nicholas Schaffner’s The Beatles Forever. We devoured this book.

It was our first encounter with The Beatles’ amazing story.

Four friends from Liverpool who formed a band, had a lot of fun and shared it with the world.

They wrote great songs, made records, ignited Beatlemania. They made joyful, playful music and became rich and famous beyond anyone’s wildest dreams. And then they fell apart.

The Beatles were so much more than just being cool rock stars on stage. You couldn’t make this stuff up.

That’s one issue I have with the movie Yesterday – it’s so bland, almost boring, compared to the real-life Beatles story. The Beatles were never boring.

In 1979 I went off to university in Christchurch and met people who owned Bruce Springsteen records.

I made a rare visit to the TV lounge of the student hostel to watch the Rutles movie, All You Need Is Cash. It felt deeply weird to be watching a mockumentary about a band that nobody else seemed to know existed.

Soon after that, John Lennon came out of retirement with Double Fantasy, and then in December 1980 he was gone forever.

With Lennon’s tragic assassination, The Beatles suddenly came back into public consciousness. People remembered how much they loved them.

Since then The Beatles have never disappeared in the way they did in the 1970s. There’s an understanding that their music is here now, that they don’t just belong to a few short years in the 1960s. There have been many documentaries, films, books and many re-issues of Beatles recordings.

People study and play Beatles music at schools and universities. There are academic conferences devoted to The Beatles.

On a recent trip to southern California I found a radio station that played nothing but Beatles. (That was far too much for me!)

Someone else who discovered The Beatles as a teenager, and cares about them at least as much as I do, is my husband Matthew Bannister.

Matthew is a songwriter and guitarist who records and performs his own songs with his current bands, The Changing Same and Sneaky Feelings.

His latest musical project is a reinterpretation of The Beatles’ Rubber Soul album. It’s called (what else!) Rubber Solo. Matthew’s last Beatles covers project, Evolver, was a personal take/ cover of Revolver. It made it into the NZ album Top 20 charts in 2013.

As well as playing Beatles music, Matthew also publishes research articles about the Beatles. His definitive John Lennon article “Where we going Johnny?” Homosociality and the early Beatles is in The Routledge research companion to popular music and gender. Another of his Beatles publications looks at the influence of girl groups on John Lennon’s music: “She Said She Said” – The Influence of “Feminine Voices” on John Lennon’s Music.

This is my first article about The Beatles.