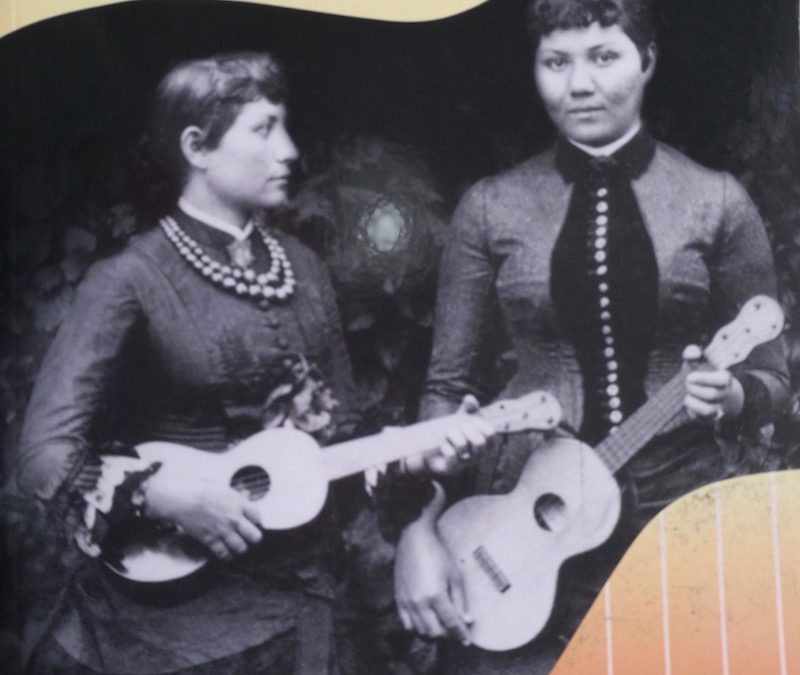 The ‘Ukulele: A History

By Jim Tranquada and John King

I spend a lot of time playing the ‘ukulele, but I didn’t know a whole lot about where it came from. That’s now been remedied, thanks to this fascinating little book.

This is probably the authoritative history of the ‘ukulele. Jim Tranquada is the great-great grandson of pioneer ‘ukulele maker Augusto Dias. His co-author, the late John King, was a respected American ‘ukulele player, teacher and researcher.

The authors state definitively that the ukulele originated in Portugal, not Hawaii. A small four-stringed guitar, called a machete, was played by plantation workers and sold to tourists, in Madeira in the 1850s. 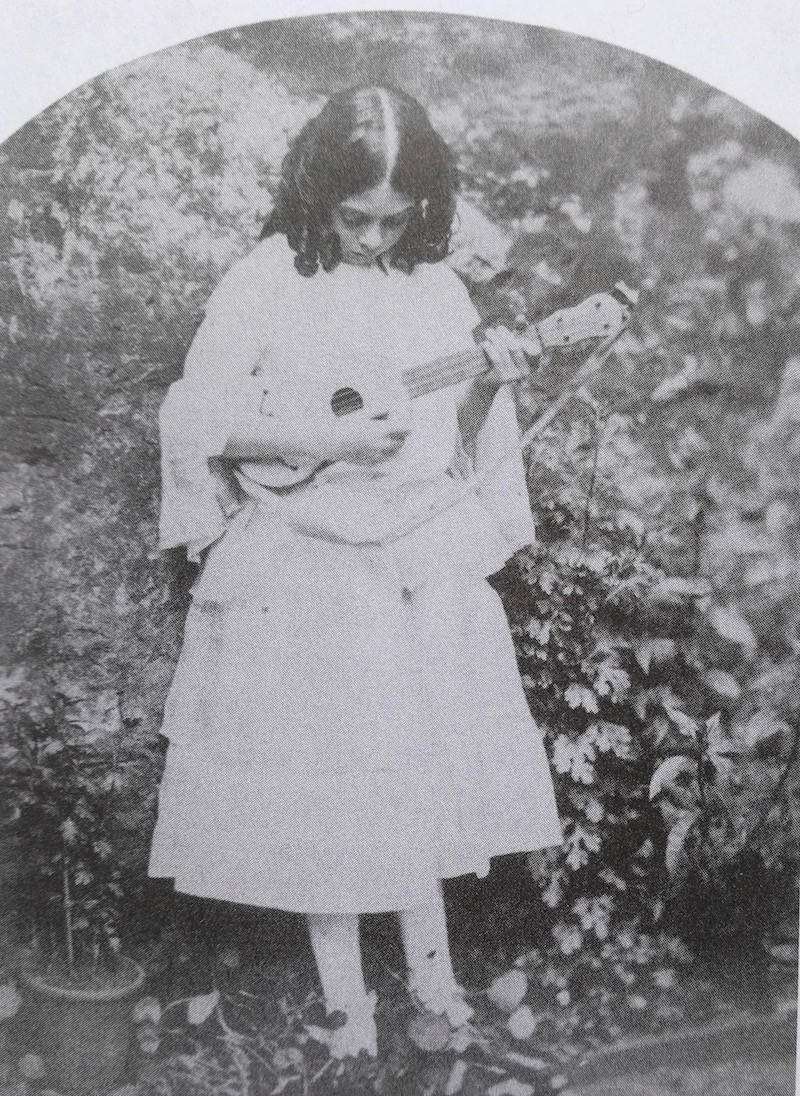 Lorina Liddell, sister of Alice (in Wonderland), photographed by Lewis Caroll in 1860. She is wearing Madeiran lace and holding a machete.

The machete arrived in Hawaii with a shipload of Madeiran migrant workers in 1879. Three of these men turned out to be musical instrument makers rather than plantation labourers. (One was Augusto Dias.) Which was disappointing for the plantation owners, but good news for Hawaii.

Within a few years of its arrival, the machete had been renamed the ‘ukulele, and adopted as a symbol of Hawaiian culture. The late nineteenth century was a turbulent time for Hawaiians. In 1893 the Hawaiian monarchy was overthrown by a group of businessmen and sugar planters and the country was annexed by the United States in 1898.

By 1900 the instrument was being widely called the ‘ukulele. This means “jumping flea” in Hawaiian. The authors offer a couple of possible explanations for this name – one being the fast-moving Hawaiian playing style. But there doesn’t seem to be one definitive explanation.

Having quickly put down roots in Hawaiian soil, the ‘ukulele proceeded to spread out across North America and the rest of the world in waves of popularity. It was partly the exotic, chilled out Hawaiian vibe, which is still a big part of its appeal. But the music industry also loved the ‘ukulele because it was low-tech, small, inexpensive and relatively easy and quick to learn.

How do you spell ‘ukulele

Another thing I learned from this book is the correct Hawaiian spelling of ‘ukulele, with an apostrophe in front of it. The authors use this spelling throughout. This use of an apostrophe is called a “diacritical mark” and the Hawaiian term is ‘okina. It’s a kind of glottal stop. When it comes in the middle of a word, e.g. Hawai’i (which is the correct spelling) it means there’s a stop between the two vowels.

I love this spelling of ‘ukulele, but I’m not sure I can keep it up all the way through this blog!

I found this a fascinating book. It’s thoroughly researched and the writers really know their topic. However, it isn’t a light read. It’s densely written in academic style, with long sentences, and lots of data and examples.

It would make a great present for someone who’s interested in the ukulele, and in the social aspects of music in general.

While reading I kept wanting to hear the music as well. This material would make a great documentary.

‘Ukuleles across the Pacific

In the twenty-first century we’re riding yet another wave of ‘ukulele popularity. The final chapter name-checks some of the better-known modern players: Jake Shimabukoro, James Hill, Stephin Merritt.

I’d love to read a follow-up to this book – more about what’s been going on in the ‘ukulele world in recent years. In particular I was disappointed not to find any mention of ukulele playing in other Pacific nations: e.g. Samoa, Rarotonga, Fiji, Tonga, Niue, Tahiti. I hope some keen Pacific ethnomusicologist or musician is working on this. Otherwise I might be tempted to do it myself. It would give me a great excuse to travel the Pacific!

You can buy The ‘Ukulele: A History on Amazon.

I’ve been in love with the ukulele since my mother, Sue, taught me three chords when I was six. Sue learned to play ukulele and guitar in Hawai’i in the 1950s, before she came to New Zealand.